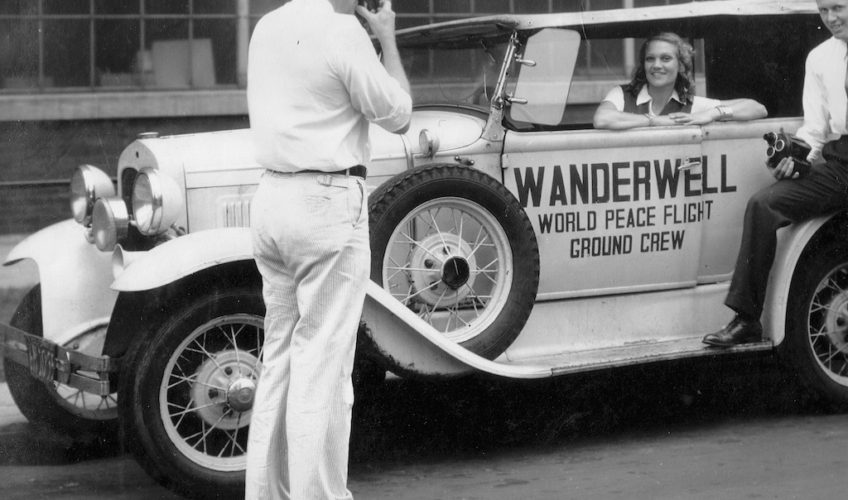 Mrs. Baker, who is known in most parts of the world as “Miss” Baker, is a traveler, lecturer and writer. She speaks several languages and films high adventure with her movie camera. Hollywood is the Bakers’ home, but they are more often “out” than “in.”

It is impossible to make close contact with big game without having narrow escapes, and Mr. and Mrs. Baker have had these. Once in Africa the situation was saved by burning the thatched huts when a herd of thirst-mad elephants rushed the village in which they were; and on another occasion in IndoChina there was a similar stampede.

Perhaps the closest call which the travelers have had was when, in search of the late Colonel Fawcett, a British officer in Brazil, the hydroplane in which the searching expedition was traveling had to make a forced landing on the banks of the River of Death which forms an out-part of the network of the mighty Amazon.

Six anxious weeks were spent there with stone-age men while the mechanic proceeded to an outpost and returned with parts and supplies. The River of Death is well named, says Mrs. Baker, for it contains a number of whirlpools of from 40 to 50 feet in diameter. To be caught in any one of these meant but little hope for the hapless voyager. The party came to the conclusion that Colonel Fawcett had perished, from information which was gleaned from the Indians.

The travelers’ present tour commenced last October, and the route has been through Japan, China, the Philippines, French Indo-China, and Java to Australia, which is being visited by them for the first time. The party landed at Fremantle and have made the journey to Brisbane by car. They will make Townsville their farthest north point, and, returning to Sydney by car, will go to New Zealand, thence to India and Europe, returning home about 15 months hence. 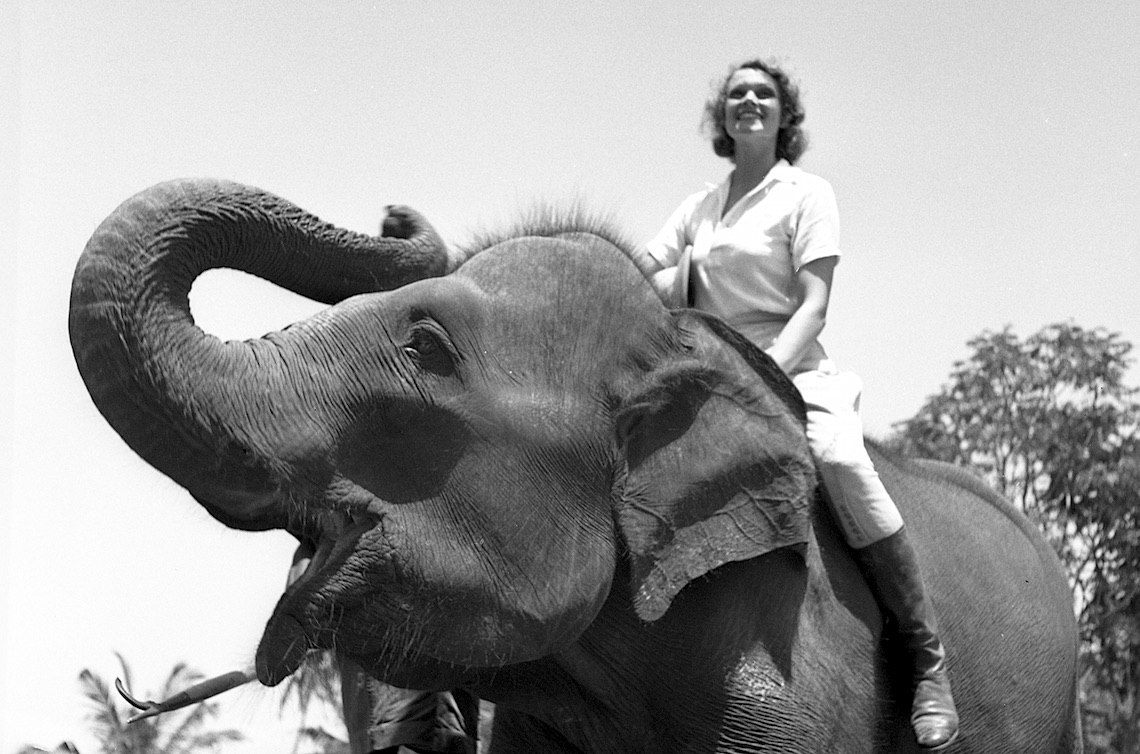 On one of their previous journeys the travelers searched in vain for the so-called elephants’ graveyard, which they found to be mythical, and it was when on this will-o’-the-wisp quest that they nearly found their own graveyard. Two interesting years were spent in this headquarters of the world’s big game.

Stirring and indeed blood-curdling scenes were witnessed by Mr. and Mrs. Baker during their present tour, for in China they saw a number of executions along the highways at the time when the Prime Minister was assassinated. In Siberia Mrs. Baker thought that her own end had come, for she was escorted by some soldiers to a parade ground. As Russian is not included in her linguistic repertoire she had an uneasy feeling that she was to face a firing squad in the square. But she was greatly relieved to find out later that the regiment really desired to show their hospitality to her by making her an honorary colonel. 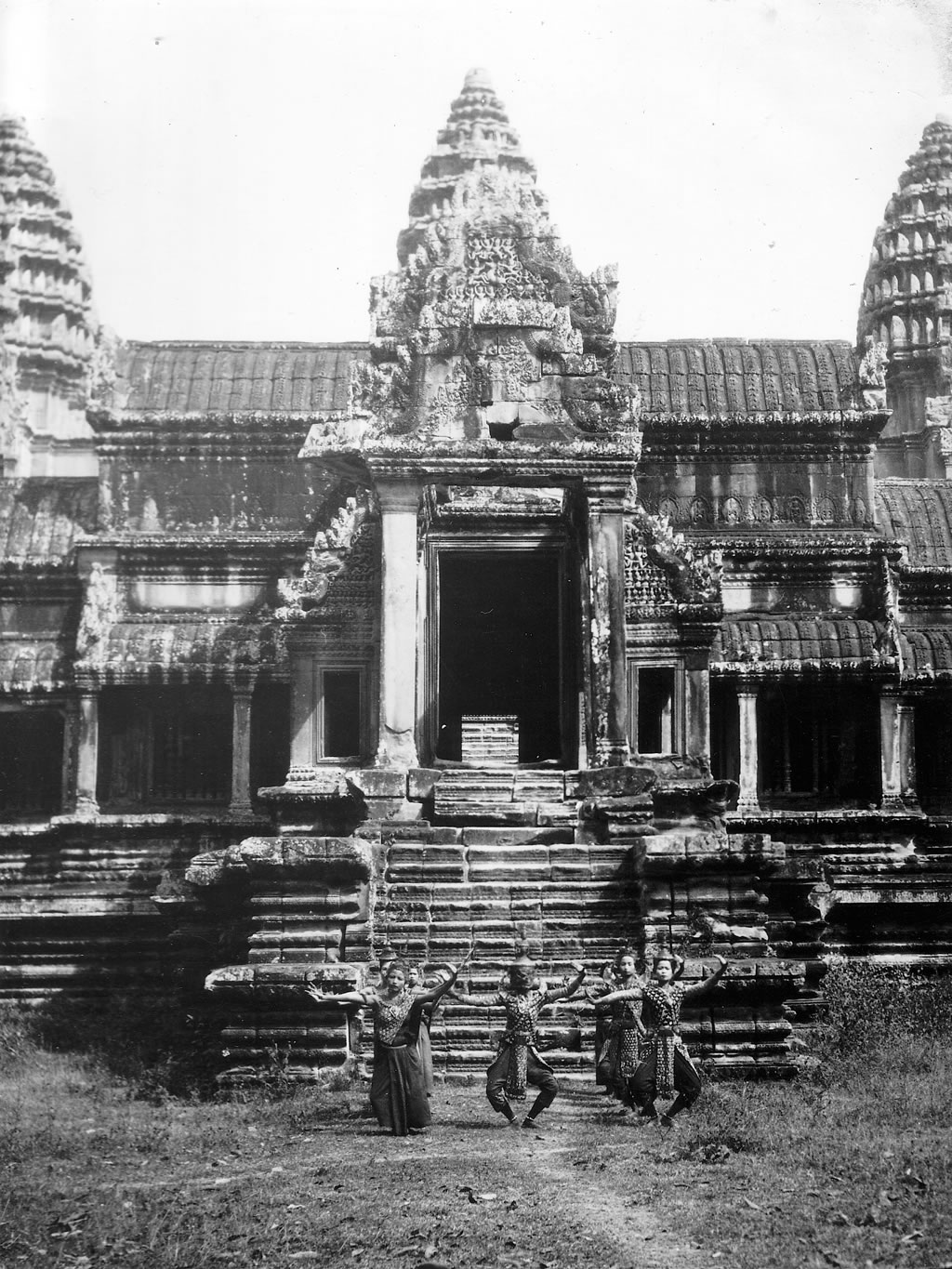 In French Indo-China the travelers saw the most remarkable ruins they have yet set eyes on at An-hoi. A performance was given by native dancers in front of these old temple ruins in the moonlight to the accompaniment of a native orchestra. The entertainment lasted three hours, but the visitors sat spellbound throughout it. Never at Hollywood had they seen anything so impressive.